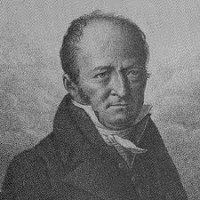 Pierre André Latreille (November 29, 1762 – February 6, 1833) was a French zoologist, specialising in arthropods. Having trained as a Roman Catholic priest before the French Revolution, Latreille was imprisoned, and only regained his freedom after recognising a rare beetle species he found in the prison, Necrobia ruficollis. He published his first important work in 1796 (Précis des caractères génériques des insectes), and was eventually employed by the Muséum National d'Histoire Naturelle. His foresighted work on arthropod systematics and taxonomy gained him respect and accolades. He was considered the foremost entomologist of his time, and was described by one of his pupils as "the prince of entomologists".