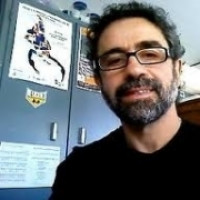 Description of the female of Ami bladesi Pérez- Miles, Gabriel & Gallon, 2008 (Araneae: Theraphosidae), with notes on its distribution, ecology, and behaviour

The female sex of Ami bladesi Pérez-Miles et al., 2008 is described, based on three specimens from northeastern Costa Rica and one specimen from the type locality in Panama. It is the first record of this species and genus from Costa Rica. In addition to the modified urticating hairs of type I, urticating hairs of type III were found in both females and males from Costa Rica and Panama. Notes on the distribution, ecology, and behaviour of A. bladesi are included.

Magnacarina gen. nov. from Mexico is described. Hapalopus aldanus West, 2000 from Nayarit, is transferred to the new genus with an emended diagnosis creating the new combination Magnacarina aldana comb. nov. Three new species are described: Magnacarina moderata Locht, Mendoza & Medina sp. nov. from Nayarit and Sinaloa; Magnacarina primaverensis Mendoza & Locht sp. nov. and Magnacarina cancer Mendoza & Locht sp. nov., both from Jalisco. Magnacarina gen. nov. is characterized by an unusual bifid palpal bulb, and has a primary projection located in the central area of the palpal bulb and directed retrolaterally; this projection possesses the prolateral superior and retrolateral keels. Next to the primary projection is a secondary projection, which may be short or long, ending in the prolateral inferior and apical keel surrounding the sperm pore. This secondary projection may have prolateral accessory keels and is diagnosed by possessing a nodule of inwardly curled megaspines, located in the basal ventro-retrolateral region of metatarsi I in adult males. Additionally, male tibiae I possess three apophyses. Females of Magnacarina gen. nov. have a single reduced and strongly sclerotized spermatheca, with an apical lobe projecting ventrally, and with a uterus externus that is longer and wider than the spermatheca.

Kankuamo, a new theraphosid genus from Colombia (Araneae, Mygalomorphae), with a new type of urticating setae and divergent male genitalia

A new monotypic Theraphosidae genus, Kankuamo Perafán, Galvis & Pérez-Miles, gen. n., is described from Colombia, with a new type of urticating setae. These setae differ from others principally by having a small distal oval patch of lanceolate reversed barbs. Males of Kankuamo gen. n. additionally differ by having a palpal bulb organ very divergent from all known species, with many conspicuous keels dispersed across the median tegulum to the tip, mostly with serrated edges. Females differ by having spermathecae with a single notched receptacle, with two granulated lobes and several irregular sclerotized longitudinal striations. The new urticating setae, type VII, is characterized, illustrated and its releasing mechanism is discussed. It is hypothesized that these setae are the first in Theraphosinae subfamily whose release mechanism is by direct contact. Kankuamo gen. n. is described and illustrated on the basis of the type species Kankuamo marquezi Perafán, Galvis & Gutiérrez, sp. n., and their remarkable characteristics, morphological affinities and cladistic relationship are analyzed.

An integrative approach for species delimitation in the spider genus Grammostola (Theraphosidae, Mygalomorphae)

The mygalomorph genus Grammostola (family Theraphosidae) is endemic to South America. The species Grammostola anthracina is one of the largest spiders in Uruguay and reputed to be the longest lived tarantula in the world. This nominal species has two distinct colour morphs comprising black and reddish-brown forms with controversial taxonomic status. Here, we present a phylogenetic study based on molecular characters (cytochrome c oxidase subunit I) of haplotypes of G. anthracina and closely related species. Our analysis together with new morphological data and biogeographical information indicates that the two morphs of G. anthracina constitute different species that are not sister to each other. Consequently, a new species, Grammostola quirogai is described, diagnosed and illustrated to encompass the black morph. Phylogenetic relationships and new taxonomic characters for Grammostola species included in this study are discussed.

We propose the name Bumba as a new name for Maraca, preoccupied by Maraca Hebard, 1926 (Orthoptera). We describe and illustrate Bumba lennoni, a new theraphosid species from Caxiuanã, Pará, Brazil. This species differs from the other species of the genus in the extremely reduced keel on male palpal organ and in the higher number of labial and maxillary cuspules. Females additionally differ in the spermathecal morphology. As a consequence of the name replacement, three new combinations are established.

Three new species of the monotypic genus Melloleitaoina Gerschman & Schiapelli, 1960 are described from northern Argentina: M. mutquina sp. n., M. uru sp. n. and M. yupanqui sp. n. The female specimen originally described as M. crassifemur is not conspecific with the male holotype and thus is removed from this species and described as M. uru sp. n.; M. crassifemur is redescribed. All species are diagnosed, illustrated and a key to species is provided.

Munduruku gen. nov. is proposed for the type species Munduruku bicoloratum sp. nov., from Juruti and Santarém, Pará, Brazil. The main diagnostic character of Munduruku gen. nov. is the presence of a subapical, lanceolate keel on the male palpal bulb, which is unique among the basal taxa of Theraphosinae with type III-IV urticating setae. The female spermathecae consist of two spheroid receptacles with funnel-shaped necks, each of which bears a sclerotized area. In both sexes, the abdomen is remarkably patterned, an uncommon feature in adults of New World theraphosids. Both the bulbus lanceolate keel and the abdominal color pattern are hypothesized as synapomorphies of the genus.

On the Avicularia (Araneae: Theraphosidae: Aviculariinae) species from Uruguay

The taxonomic status of four species of Avicularia Lamarck 1818 described from Uruguay: Avicularia anthracina (C.L. Koch 1842), Avicularia alticeps (Keyserling 1878), Avicularia parva (Keyserling 1878) and Avicularia tigrina (Pocock 1903) is discussed. The holotypes and/or original descriptions of these species were examined, and two taxonomic synonymies are needed, which are presented herein. Avicularia anthracina is transferred to Grammostola, resulting in Grammostola anthracina (C.L. Koch 1842) new combination and is considered a senior synonym of Grammostola mollicoma Ausserer 1875 new synonymy. Likewise, Avicularia parva is transferred to Catumiri Guadanucci 2004, where it is placed in the synonymy of Catumiri uruguayense Guadanucci 2004 new synonymy. Avicularia tigrina and Avicularia alticeps, originally described in the genera Ischnocolus Ausserer 1875 and Pterinopelma Pocock 1901, respectively, are herein considered nomina dubia since their types are presumed lost.

The new genus Agnostopelma Pe´rez-Miles & Weinmann is proposed for the type species A. tota n. sp. and A. gardel n. sp. from Boyaca´, Colombia. Agnostopelma build shelters under stones at high elevation. The new genus is unusual in lacking tarsal scopulae on its posterior legs and in having few labial cuspules and short leg tarsi in females.

A new species of Hapalopus Ausserer, 1875 (Araneae, Theraphosidae, Theraphosinae) from Bolivia is described and illustrated, based in males and females

Two new species of Cyriocosmus Simon, 1903 from Peru and the highest altitude record for the genus (Araneae, Theraphosidae, Theraphosinae)

Two new species of Cyriocosmus (Theraphosinae) from Perú are described and illustrated. Both differ from most other species of Cyriocosmus in the absence of a stripped pattern on the abdomen and males with the retrolateral branch of tibial apophysis distally incrassate and flattened. The cladistic relationships within the genus are reanalyzed including these new taxa. Specimens of the new species were collected at altitudes of between 2200 and 3000 m, these records constituting the highest altitudinal record for the genus.

A new species from Juruti River Plateau, Juruti, Pará, Brazil that fits the generic characters of Megaphobema is described. Megaphobema teceae n. sp. differs from the other four species known in this genus mainly by the presence of a conspicuous post-ocular process. This is the first record of the genus to both oriental Amazon and Brazil.

Bulletin of the British Arachnological Society 11