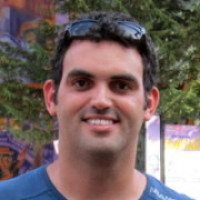 My main research interests are evolutionary biology of mygalomorph spiders (tarantulas and their kin) and the trace that history has left in their genome, morphology, ecological niche, etc. I am working on my PhD project of phylogenetic systematics of the tarantula genus Bonnetina (Theraphosidae), using molecular and morphological evidence. I am also working on Bonnetina as model to determine species boundaries in an integrative approach.

Systematics has been formally implemented for about 250 years. In the last decades it has suffered great intellectual change, with the embrace of phylogenetic theory and the availability of molecular information. Here we conduct a systematic revision of Bonnetina, a group of tarantulas endemic to Mexico. Species delimitation is mainly conducted from the integration of morphological and molecular information. The mitochondrial cytochrome c oxidase subunit I (COI) marker is used as molecular barcode, and two formal molecular delimitation methods are employed: Hard-Gap barcoding and Poisson Tree Process. In a few cases, we used geographic distribution modelling for predicting the potential distribution of species. We also make a deeper than usual integration of the molecular information in the taxonomy of the group, by providing combined morphological and molecular diagnoses of the species. From our data, we provide a new diagnosis of Bonnetina and recognize the existence of 17 solidly supported species in the genus, 10 of which are newly described. We provide a COI reference alignment to ease future molecular identifications of Bonnetina species. Our work highlights the importance of using several sources of evidence to the species delimitation problem, because any single view is prone to give biased results.

Two new species of tarantulas from Mexico are described and illustrated: Bonnetina tenuiverpis and Bonnetina juxtantricola, from the states of Mexico and Guerrero, respectively. Male palpal bulbs, tibial apophyses and spermatheca are among the most taxonomically informative characters. Male bulb microstructure is revealed from scanning electron microscopy; both new and homologous structures to other Theraphosinae genera are identified and described. Nomenclatural changes for male tibial apophyses are also proposed. The holotype male and allotype female of one of the species are molecularly characterized and matched from CO1 partial sequence.

Description of Cubanana cristinae, a new genus and species of theraphosine tarantula (Araneae: Theraphosidae) from the island of Cuba

Cubanana cristinae gen. et sp. nov. is described from eastern Cuba and its phylogenetic relationships are discussed. Males are characterized by presenting a denticulate subapical keel on the palpal bulbs, a nodule in the retrolateral side of the palpal tibiae and two-branched tibial spurs on legs I. Both sexes lack stridulating apparatus, possess urticating hairs of types I and III and the retrolateral side of the femora IV covered by a pad of ciliate hairs, in addition to the Theraphosinae synapomorphies. A list of currently recognized 49 genera of Theraphosinae is given, as well as data on its composition and depository institutions of type specimens of type species. Mygale nigrum Walckenaer 1837 is recovered as the type species of Homoeomma Ausserer 1871.

A new species, Phormictopus auratus, is described. This species is character- ized by presenting the apex of the retrolateral branch of the tibial spurs fla- ttened, on which the metatarsus I makes contact when flexed; also by posses- sing spermathecae well defined in three parts: the base, neck and fundus, and finally for having the carapace covered by a fine and dense golden pubescence. Natural history data of this species, collected in various regions of central- eastern Cuba, are given. With this, the registered number of Cuban taxa pertai- ning to the genus Phormictopus is increased to four.