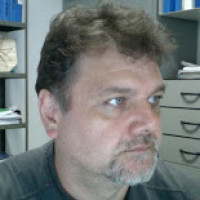 We propose the name Bumba as a new name for Maraca, preoccupied by Maraca Hebard, 1926 (Orthoptera). We describe and illustrate Bumba lennoni, a new theraphosid species from Caxiuanã, Pará, Brazil. This species differs from the other species of the genus in the extremely reduced keel on male palpal organ and in the higher number of labial and maxillary cuspules. Females additionally differ in the spermathecal morphology. As a consequence of the name replacement, three new combinations are established.

Munduruku gen. nov. is proposed for the type species Munduruku bicoloratum sp. nov., from Juruti and Santarém, Pará, Brazil. The main diagnostic character of Munduruku gen. nov. is the presence of a subapical, lanceolate keel on the male palpal bulb, which is unique among the basal taxa of Theraphosinae with type III-IV urticating setae. The female spermathecae consist of two spheroid receptacles with funnel-shaped necks, each of which bears a sclerotized area. In both sexes, the abdomen is remarkably patterned, an uncommon feature in adults of New World theraphosids. Both the bulbus lanceolate keel and the abdominal color pattern are hypothesized as synapomorphies of the genus.

A new species from Juruti River Plateau, Juruti, Pará, Brazil that fits the generic characters of Megaphobema is described. Megaphobema teceae n. sp. differs from the other four species known in this genus mainly by the presence of a conspicuous post-ocular process. This is the first record of the genus to both oriental Amazon and Brazil.