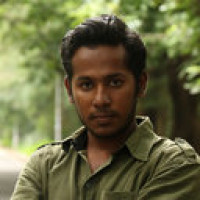 Another from Sri Lanka, after 126 years; Chilobrachys jonitriantisvansicklei sp. nov. (Araneae: Theraphosidae) from a fragmented forest patch in the wet zone of Sri Lanka

The mygalomorph spider family Theraphosidae is represented by 980 species in 144 genera globally (World Spider Catalogue 2018). Within the family Theraphosidae sites the genus Chilobrachys. The genus Chilobrachys is found in South and East Asia, with 27 described species to date (World Spider Catalogue 2018). They are ground dwelling spiders, living in burrows lined with silk and other debris (Nanayakkara, 2013, Nanayakkara 2014b). In Sri Lanka the genus is represented by only one species, namely Nanayakkara 2014b), which also happens to be the type species (species typica) for the genus.